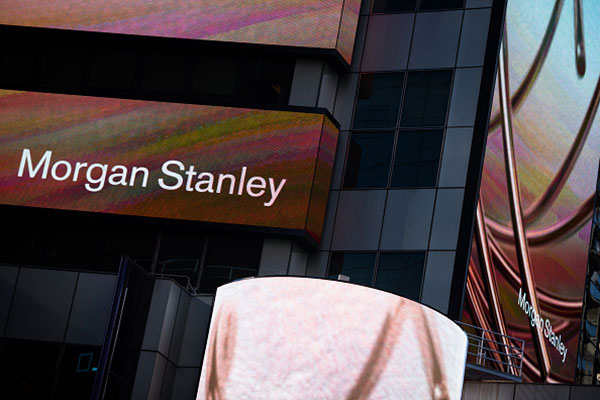 (Corrects typographical error in fourth paragraph to show that Gorman joined Morgan Stanley in 2006, not 2016.)

In a major policy divergence among wirehouse firms, Morgan Stanley is unlikely to follow rival Merrill Lynch in eliminating commission-based retail retirement accounts, a senior executive who has worked at both firms indicated on Wednesday.

Strongly suggesting that Morgan Stanley will not limit its almost 16,000 brokers to selling only fee-based retirement investments when the Department of Labor’s new fiduciary rule becomes effective on April 10, Chairman and Chief Executive James Gorman set off a wave of speculation about whether his firm will be more attractive for clients and brokers than some rivals and whether that advantage is worth the risk of higher litigation costs.

“There is potential there [for] recruiting advantage,” said Brian Kleinhanzi, a securities industry analyst at Keefe, Bruyette & Woods. “But with each dollar you bring in, you bring in increased litigation risk as well.”

On a conference call to discuss third-quarter earnings, Gorman said Morgan Stanley will give brokers details of its policies regarding retirement plan sales over the next few weeks. Without mentioning Merrill by name, he said that giving clients investment and account-type choice is “a fundamental guiding light for the firm.” Merrill, whose wealth management business was run by Gorman before he jumped to Morgan Stanley in 2006, made waves last week by announcing the impending demise of commission-based retirement accounts.

The apparent divergence in policy highlights the conundrum facing brokerage firms trying to balance the benefits of giving brokers and clients flexibility against more complex compliance surveillance and the risk of higher litigation costs. The DOL rule heavily favors fee-based accounts, but allows commission-based retirement accounts if brokers contractually agree to work in customers’ best interests. It also gives customers the right to join class-action lawsuits if they believe a broker is violating the best-interest contract by recommending investments that generate higher commissions and/or “trails” than a comparable product.

Morgan Stanley’s greater flexibility likely reflects how much more important wealth management is to its bottom line than is Merrill’s wealth business to that of its parent, Bank of America, Kleinhanzi said. Morgan Stanley Wealth Management contributed 44% of its parent’s $8.9 billion of net revenue in the third quarter. Merrill Lynch Global Wealth & Investment Management represented 17% of Bank of America’s $21.6 billion of revenue in the quarter.

Officials at both companies brushed off analysts’ concerns that they might be making the wrong decision in determining the future of their multi-billion-dollar retirement businesses.

Bank of America expects a slight impact on 2017 revenue as the fiduciary rule takes effect but that will likely be temporary, Chief Financial Officer Paul Donofrio said on Monday. More assets will migrate to advisory accounts handled by Merrill’s 14,550 brokers or to less expensive accounts at the bank’s Merrill Edge discount brokerage unit, he said. In the short term, Merrill will permit brokers to offer fee discounts to some clients being asked to shift to advisory from transaction accounts or otherwise relax the firm’s discounting strictures, said people familiar with its plans.

Gorman, for his part, dismissed the potential litigation costs of using the DOL’s best-interest contract exemption.

“I don’t think that giving clients choice heightens one’s legal exposure,” he said on an earnings call with analyst. “In fact, that just seems a little counterintuitive.”

Chief Financial Officer John Pruzan added that Morgan Stanley is not lowering its goal of achieving pretax profit margin of 23%-25% within wealth management as a result of the rule. (The division hit the 23% number for the first time in the just-ended quarter.)

At Merrill, individual retirement accounts represent less than one-fifth of an average broker’s book, said a person familiar with the metric. In another attempt to downplay alarmist responses to the effect of its new fiduciary policy, Merrill executives have said that less than 10% of Merrill customers’ $2.1 trillion of assets are in such accounts.

A spokeswoman for Morgan Stanley declined to discuss how much of its wealth clients’ $2.1 trillion in assets are in retirement accounts.

Despite its nonchalance, Merrill is girding for defections, according to some longtime brokers and managers. At a recent branch meeting, one official said that upper management has formulated a worst-case scenario in which 25% to 33% of brokers will jump or give up their business as a result of the new retirement-account policy.

“I have always done what is in the best interest of my clients and most of my business is managed,” said the 20-year Merrill veteran, who spoke on condition of anonymity, “but all of this DOL [expletive] has me a bit concerned about my future in this business.”

Industry recruiters who are exquisitely sensitive to leveraging broker dissatisfaction said it is too early to handicap how fiduciary policies will affect broker moves.

Aside from Merrill Lynch, Edward Jones and LPL Financial, few firms of any size and model have spelled out their policies despite the looming new rule. Policy differences will “absolutely” stimulate moves but the degree will depend on the composition of brokers’ particular books and the stringency of firm policies, said Michael King, a New York-based recruiter.

Read the original article on: https://www.advisorhub.com/morgan-stanley-v-merrill-time-retirement-account-policy/